Every girl needs a fashionable peacoat to keep her warm during the chilly Fall and Winter months. This PDF pattern from Heritage Doll Fashions will give her that classic style she needs.

What You Get: One 17 page sewing pattern that you digitally download as a PDF file so you can start your project immediately! The PDF sewing pattern provides full color step-by-step illustrated instructions and full size pattern pieces. A PDF reader is required to view and print the files (example: Adobe Reader or Preview for MAC). The download link is received immediately after the transaction is complete. Print copies are NOT available.

PixieFaire and the designers featured are not affiliated with American Girl® Pattern was the perfect style for a Luna Lovegood tweed coat but there has to be a better way to do the buttonholes. Especially using a tweed fabric. The buttonhole attachment gets stuck on the collar and will only go half way up ... REALLY hard to remove a partial buttonhole from tweed! I've accomplished some but it's so stressful - think I will sew the buttons on my next one and use snaps, even though I like the look of real buttonholes. If anyone out there has tips it would be much appreciated! Otherwise the pattern is very easy to make ... would have given 5 stars except for the buttonhole issue. 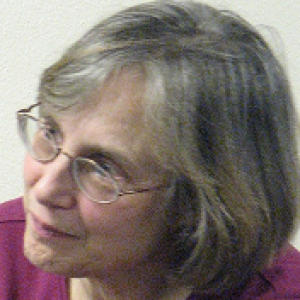 I liked that this pattern had fewer steps than most. It would have made a nice, easy project, except that I decided to make it fully lined, so I had to "wing it" there. And my buttonhole attachment was acting up. I liked that there were clear markings for the buttons and buttonholes. . But I think next time I'll play it safe and use velcro.. I made this coat out of pinwale corduroy lining I used a silk-like synthetic shirting for the lining. I tried it on my 16" doll and it looks good on her. I haven't yet tried it on the 18" doll because its so perfect for the smaller one.

It is cute coat,however it

It is cute coat,however it was too short for my 18" American Doll so I added a bottom Gatherd flounce to it. It looked much better.

This pattern made up so

This pattern made up so cute! I used a dark teal fleece and added a beret in the same fabric. I used some vintage buttons I already had. I am very pleased with the pattern and instructions and would recommend it.

I made this of hot pink corduroy and black buttons and then black slacks .So cute and easy!